Some years ago I've managed to make spring roll wraps from scratch for the first time, so I thought why shouldn't I give papadums a go?  Papadum is a thin and crispy flat bread or cracker and is usually served as a side with curry, but also as a snack. I bet there are at least as many different versions as regions and of course it sure differes from family to family. The  dough is either made of lentil flour, chickpea flour or black gram, but may also contain rice or potato flour. The raw dough is dried under the sun and then it is either deep fried in oil, roasted over open flame or baked in a tandoori oven. It is seasoned with various spices such as cumin, black pepper, chili or even sesame seeds. The most popular recipes use urad dal, but I just couldn't find it so I decided to try it with chickpea flour. 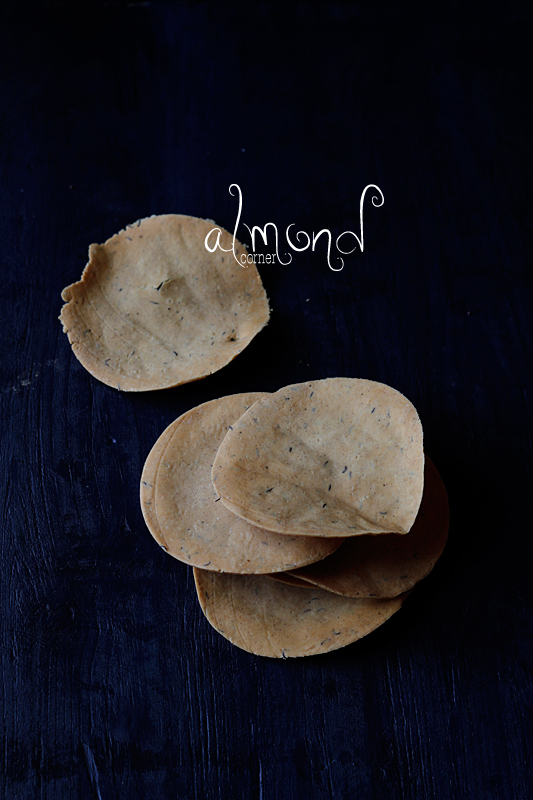 Well, I had more than one attempt and the third one worked out pretty good, I think. The first batch (see the photo above) I prepared using chickpea flour and black cumin seeds. I simply rolled it out on an oily surface with a rolling pin and dried in the oven, then deep fried it. They were much too thick! So a complete fail! My second attempt would have worked, but because of the seeds it was impossible to roll it out thin enough with the pasta machine. In the third batch I've added ground spices and used a mixture of chickpea and rice flour. Well, you need a lot of patience, but it works! It is possible to roll out the dough as thin as a baking paper, the drying time is also shorter and the result is crisp and pale, just as it supposed to be! However, it is not quite possible to make big round ones, mine were 6 cm diameter. Besides it is not worth to spend hours with shaping, unless you wanna show off. So just roll it out, chop it up, dry and fry. I served the papadums among a hot pumpkin curry with loads of black mustard seeds. On the photo of the curry, you see the first papadums which were too dark and too thick. 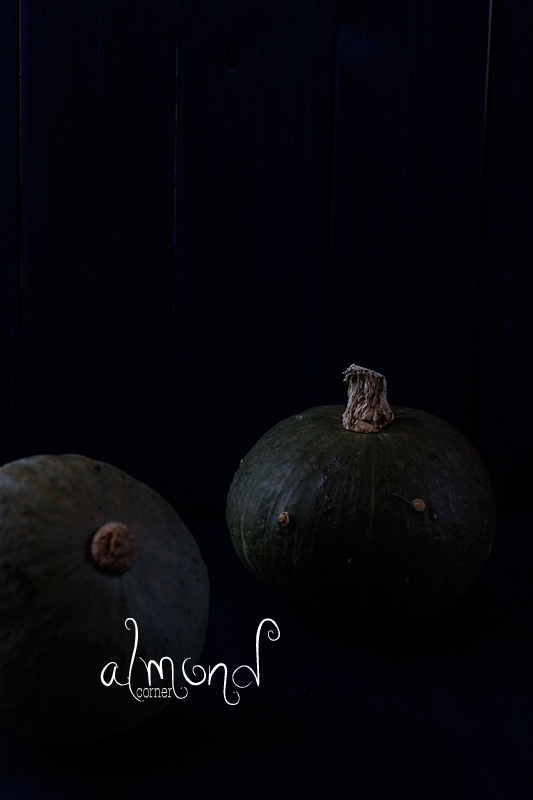 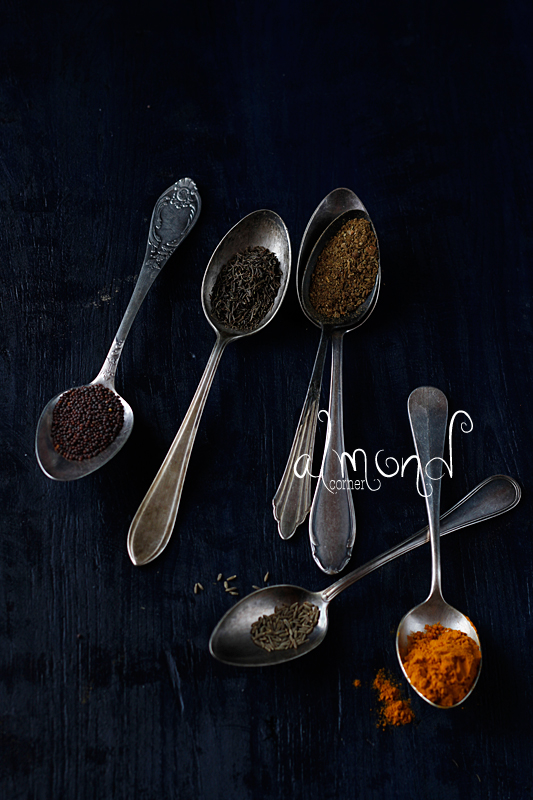 Peel and cut pumpkin in more or less equal pieces. Chop onion and garlic, finely grate ginger. Melt ghee in a pot and sautee onion for a few minutes, add ginger, garlic and spices and sautee for a few more minutes. Then add pumpkin, passata and coconut milk. Cook over medium heat for 35-40 minutes. Season with salt and chili flakes. 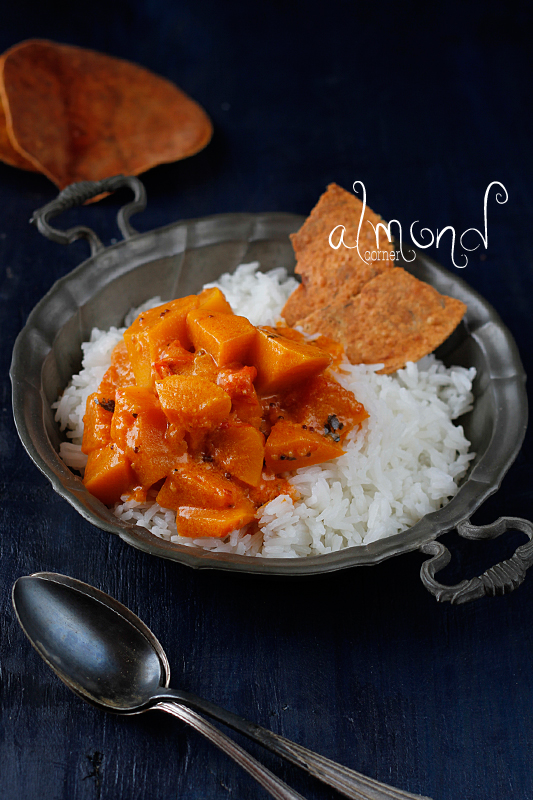 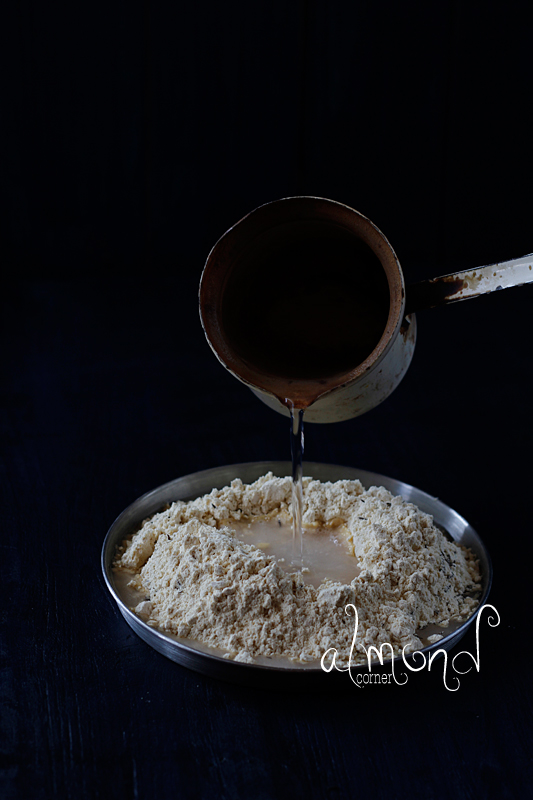 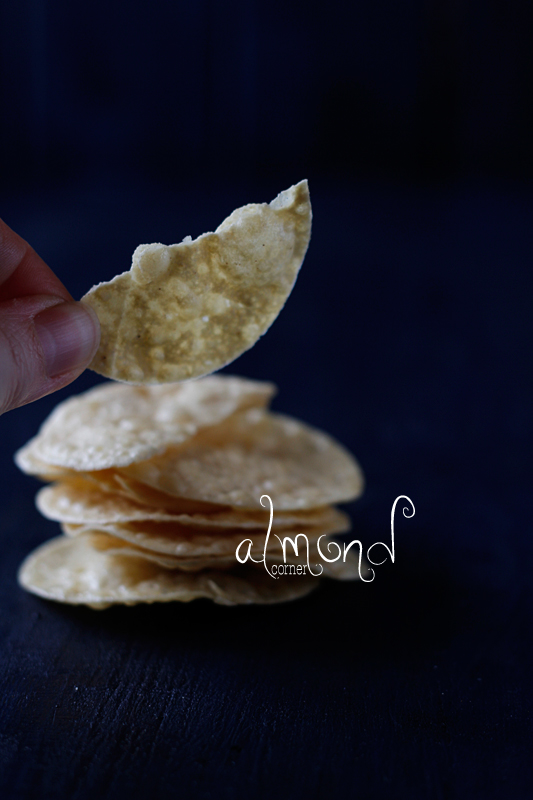 Mix flours with spices, add enough water so that you get a pretty hard dough. Slice it in equal portions and with a help of a pasta machine roll it out very thin. Now you have two options: either you play around and cut out circles or you just cut it in more or less equal pieces. Preheat the oven to 70°C and dry the raw papadums for 20-40 minutes. That way you can keep these for quite a long time in an air tight container. Heat oil in a pot and fry dried papadums, but do not let them get brown. Season additionally with some cayenne pepper or anything you desire. 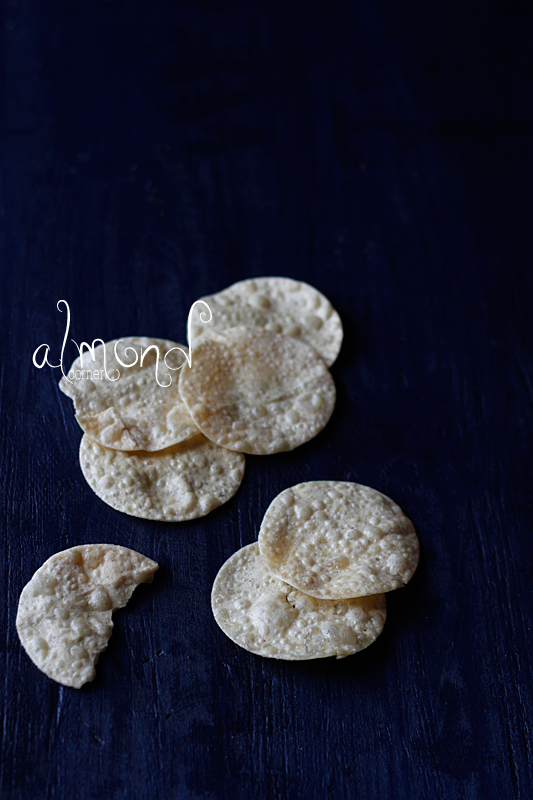 Awesome! You did such a great job with those papadums. I really want to try making my own someday so I'm bookmarking your recipe.

I just love your style of picture taking (do you offer lessons? ;-)) and of course I wouldn't mind a plate of that wonderful curry right now!
Liebe Grüsse aus Zürich,
Andy

wow, you made these at home! wow!! Rolling the tough dough was not easy I guess.

@Rosa: Rhank you! Try to make it using urad dahl, if you find it somewhere.

@Sunshine and Smile: I am glad you like them! Well, the pasta machine had no problem with it. :)