The most elegant and probably the most innocent looking flower is poppy. There is no other that can compete its velvety petals. It's always been my favourite flower. I even remember that picnic with my parents, where I saw them for the first time in my life. Today, while making some crystallized petals I had the idea to cook a syrup. I am gonna tell you more about the petals in another post, now let's see that beautiful purple syrup with a light smell of freshly ground poppy. 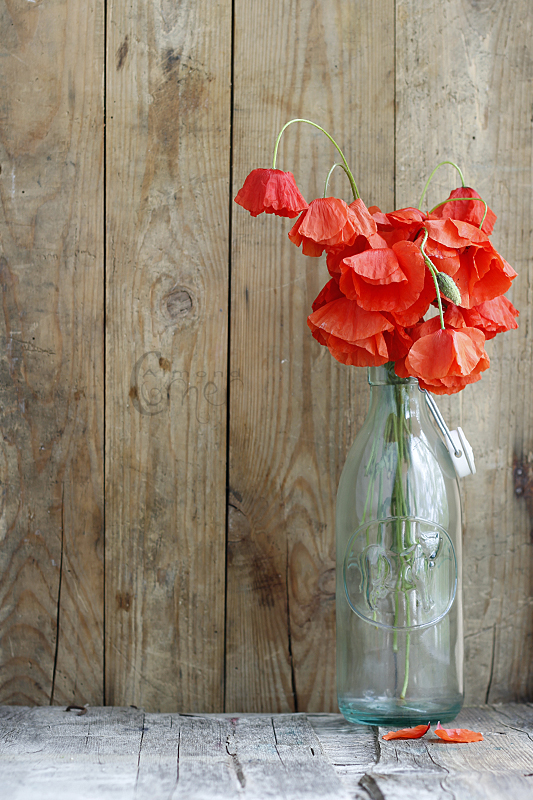 Remove poppy petals (use only corn poppy, do not use garden or any other type of flowers) and put them into a saucepan. Pour just enough water over it so that it is covered. Start to warm it over medium heat and give it a stir once in a while. As soon as the petals turn white sieve and mesaure the liquid. Heat liquid with the same amount of sugar (so for 100 ml syrup you'll need 100 g of sugar) until it reaches 72, but not higher than 85°C. Now the syrup is ready to be filled into glasses. Consume only in small amounts. 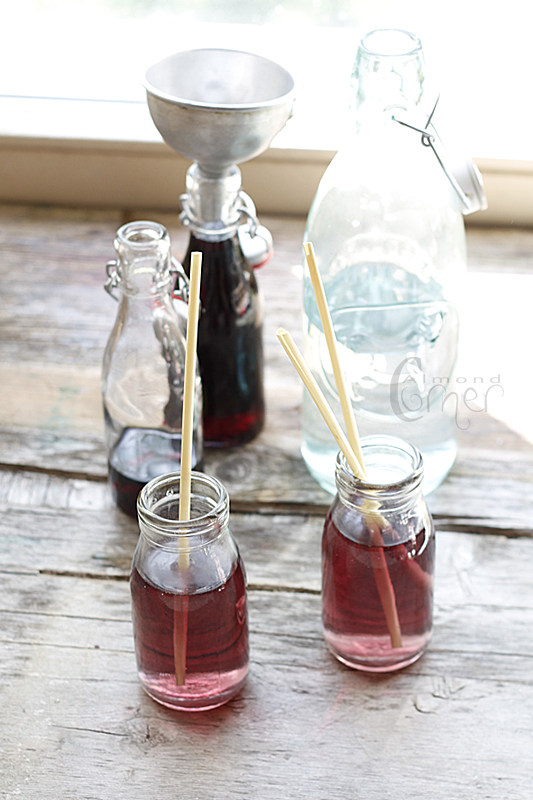 Email ThisBlogThis!Share to TwitterShare to FacebookShare to Pinterest
Labels: preserves

I love that first shot! Rustic and yet so delicate...

Poppy seeds are edible, but all other parts of members of the poppy family are considered toxic. The poppy stems, roots, and petals all contain the alkaloids morphine and codeine, as well as others; ingest enough poppy alkaloids and it's possible to die from respiratory failure. After years of practicing and studying herbalism, I have never seen the poppy plant listed as edible, except for the seeds; in fact, it is commonly include in lists of toxic garden flowers that should NEVER be ingested. Be very careful with this one; you don't want someone poisoning him- or herself and blaming you. Poppy flowers are NOT edible and you might end up with a load of trouble in your lap if you advise people to eat them.

@PK: Have you ever heared of Sirop de Coquelicot, the French speciality? Besides I do not advise people to eat the raw GARDEN flowers. I am talking about corn poppy, not any other type of it. By the way syrup or tea cooked of corn poppy flowers are usually suggested to consume in order to ease caughing.

Yep..all I know is that Poppy is edible..but this one interests me..

No - I know poppy as the garden plant (and the seeds, of course, since I'm Hungarian and of course that means there's no way I could have made it to adulthood without eating tons of them!) and from fairly sizable library of herbals, materia medicas, wildcrafting guides, and books of wild edible and medicinal plants. I checked a bunch of them and poppy appears in the "do not eat" category for all of them. Since all parts of hte plant do contain morphine and codeine, perhaps it is one of those plants that needs to simply be consumed with a good awareness of what it is so that one doesn't eat enough at once to get any potentially harmful chemical effects (such as depressed respiratory functions, and other side effects of alkaloids in the morphine family).

@PK: Oh well, that's kinda funny, because I am also Hungarian, you might have noticed that! Corn poppy contains a milky liquid in the green parts of the flower that indeed has some weakly toxic alkaloids in it, that may cause stomachache. But the syrup is cooked of the petals and one or two spoons of the syrup will not cause any harm.