After so many years of experimenting I have finally found it! What? Well, let me start right at the begining. In my childhood my most favourite chocolate bar was milk chocolate with coconut, but only one special kind wrapped in blue paper with two monkeys on it. However from one day to the other it has disappeared from the shelves in the stores. Since then I only had once something very very similiar made by a chocolate manufacture, but never again. Even today I can feel its taste when I think of it. I have already prepared a milk chocolate coconut ice cream with caramelised coconut flakes, but it just wasn't like that one speical chocolate bar. I decided to give it another go this time used only coconut milk, no heavy cream or milk. I also omitted the chocolate and prepared a chocolate sauce instead. Well, probably most of you will have no clue about what chocolate bar I was talking about, because I think it was produced only in Hungary, but still give this recipe a go if you are a coconut fun! When the freshly churned ice cream that is still soft get out of the machine and melts together with the lukewarm sauce, oh that's heavenly! 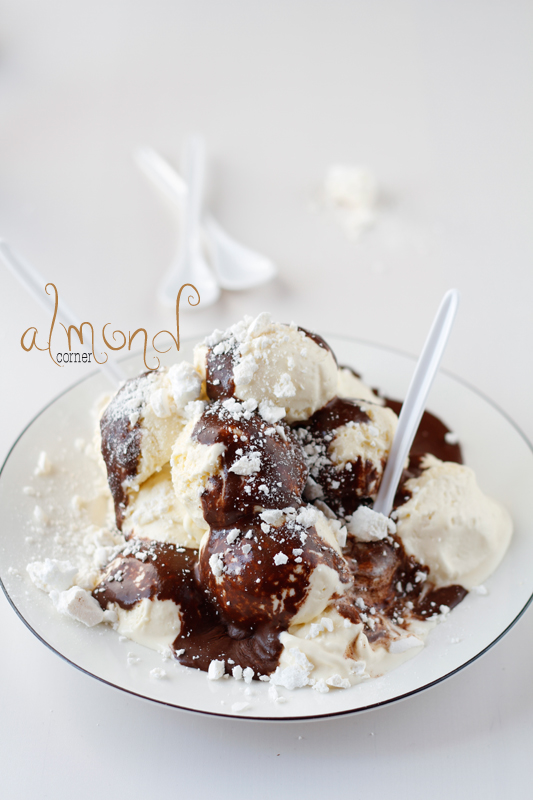 For the ice cream whisk together egg yolks with sugar until pale. In the meantime heat coconut milk and add egg yolk mixture to it while whisking constantly. As soon as it has reached 85°C remove it from the heat. Pour ice cream base into a bowl and sprinkle icing sugar on top (this will prevent it from forming a skin) and let it cool. If you are patient enough then chill over night. Before making the ice cream stir in coconut and let the ice cream machine do the rest of the work.

For the sauce bring sugar with cocoa powder to the boil. Remove it from the heat and add chocolate and stir until it is smooth. Serve it with the ice cream. Leftovers can be stored in fridge for up to 2 weeks, you only have to warm it up once you want to use it again. 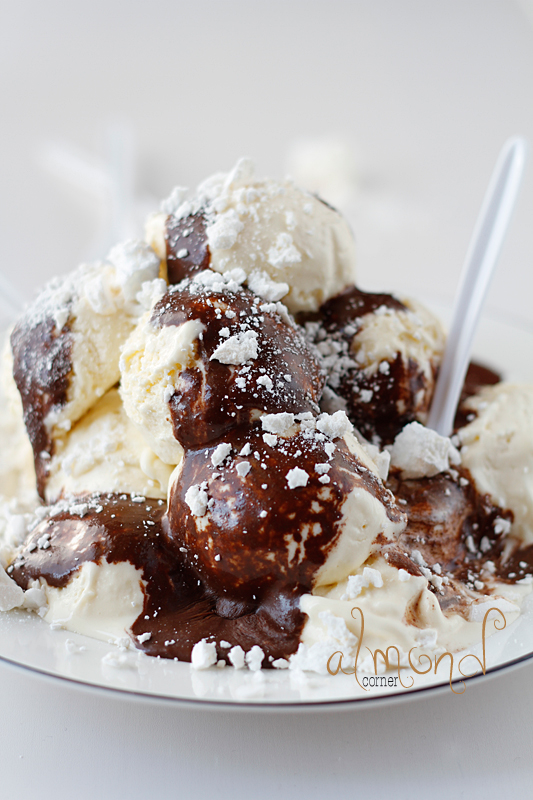 Oh yum, that looks so delicious!