Another dish that is unknown in its country of origin or let's say chicken tikka masala is the same for India what spaghetti bolognese for Italy. After all this hybrid was born in Great Britain when some Bangladeshi chefs tried to create Indian dishes that cater British tastes. According to a story an Indian chef served traditional chicken tikka (in tandoori oven cooked chicken that was marinated in a yoghurt and spices) to guest, who didn't like it, because it was too dry and asked for a gravy. So the chef improvised one based on a tomato soup that he flavoured with Indian spices. If this really happened or not is impossible to find out, especially since in 2001 Iqbal Wahhab, who is the owner of a elegant Indian restaurant, said that he invented this story. Anyway, meanwhile this combination of tikka and masala is claimbed by a number of places in England and of course there are many explanations for it. Allegedly, it was like a wildfire in the 60ties and 70ties on the menu of the restaurants. Anyway, one thing is for sure that the chicken tikka masala was inspired by Indian dishes like murg makhani or butter chicken, where the tandoori chicken is served in a buttery tomato sauce. 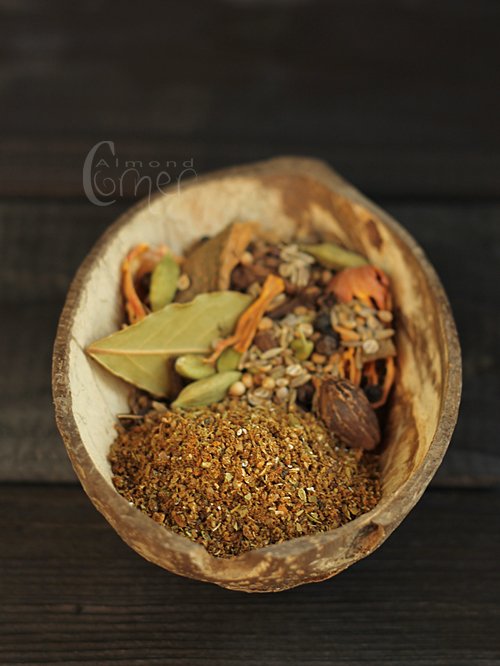 However, it is not that simple as it seems! Heston Blumenthal travelled to India to find out more and things got even more confusing. He met several people who insisted that it was an Indian dish, after all spices belong to India. Finally, when he was back in England he went to his favourite Indian restaurant to have a plate of chicken tikka masala. Only now he realised that what he really loved about the dish was coconut milk. 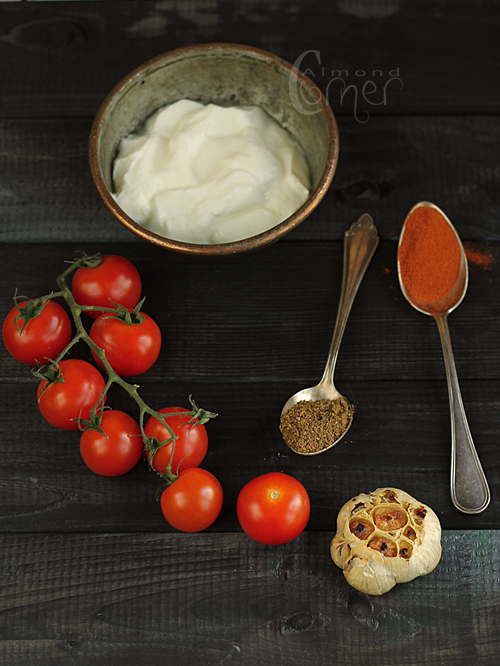 There is no better proof of Blumenthal's vocation in the search of perfection than the MRI scan to find out if the marinade penetrates the meat or only coats the surface. That helped to find the best way of preparation of the chicken meat. The best result was achived with the chicken that had the rub for 5 hours and was marinated for 10 hours. So everything was ready for cooking, however an ordinary housewife has no tandoori oven at home. Blumenthal found a simple, yet effective way to solve this problem. Well, we do not own such a grill and I didn't want to buy one, so we improvised. 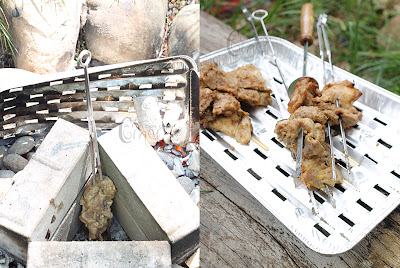 The preparation? Well, it is neither complicated nor time consuming! Everything starts the same way like with the perfect roast chicken: the chicken thighs spend 6 hours in salty water, then another 2 in water where you gotta change it every 30 minutes. Okay, that is the worst part, but it is worth it! Then comes the preparation of the rub using raw and baked garlic, ginger and olive oil. The deboned chicken thighs spend 5 hours in the rub. After it is time for the yoghurt marinade that contains home made garam masala (coriander, green and black cardamom, black pepper, cinnamon, clove, cumin, mace, bay leaf) chili and fenugreek leaves. I didn't manage to get the leaves so I used ground fenugreek, but only a 1/4 of the required amount. After 10 hours of marinating it is time to cook the chicken! And finally, you only have to prepare the masala. For this you need a pressure cooker, but I do not own one, so I baked the tomatoes covered in foil in the oven. Then the rest is really quickly: add ginger, baked garlic, chili, yoghurt and coconut milk. Finally, stir in cashew nut butter and butter and sprinkle with melon seeds and fresh green chili. Serve with freshly baked naan and enjoy. 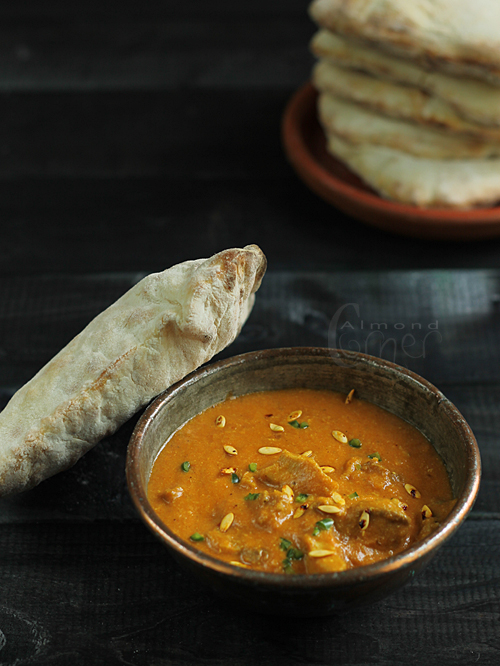 Oh so true you are! You'd be hard pressed to find any "chicken tikka masala" in India, but the Brits have made it their national dish!

I've had British friends over for dinner who've asked me to make chicken tikka masala for them, assuming that I might be adept at it. The thing is, I haven't the foggiest on how to do it! :-D

Oh my gosh, your results looks AMAZING. I had a go at the recipe here...http://burningkitchen.co.uk/tika-masala/ had to skip quite a few of the stages though :-(